The second half of this year has been a very odd one for me and as such none of my letters had been done until yesterday.  I came up with this idea in January and then went ahead with my dotty alphabet - no way I could have done all those dots in one day!

I had prepared the papers and then yesterday afternoon sat down and completed all twenty-six letters of the alphabet.  Seems like cheating but there is an urgency I have at present to catch up with all the projects that have needed my attention and haven't had it.  Steve and I head away in February next year and won't be home until after Easter so those projects which are due to be completed by April 2013, need to be done before Christmas.  I don't know if you all feel the same, but Christmas seems to bleed into January and not much in the way of creativity gets done.  Is this because we are exhausted after our year, and need that time out to refresh our thoughts and energies?  I think that is certainly part of it.

As you can see, my images are not on 7cm squares but are 7cms by 16cms and will be housed in a box.  The book will be unbound.  I have used a combination of joss papers - gold and silver, the gold had two differing coloured backgrounds.  I have used my normal writing for each letter of the alphabet and used the letters as part of the visual design.  Some of the letters are used repeatedly, almost as texture, and sometimes as individual letters. I have used a combination of graphite and fine black pen.

Despite the fact that the effort seems rushed, the concept had been worked out and a number of mock ups made earlier in the year.  As such, it meant I could just forge ahead with this collection.

I have really enjoyed looking back and forth through all the ALAW posts and seeing so much creative interpretation of the alphabet.  I am looking forward to seeing the completed alphabets. 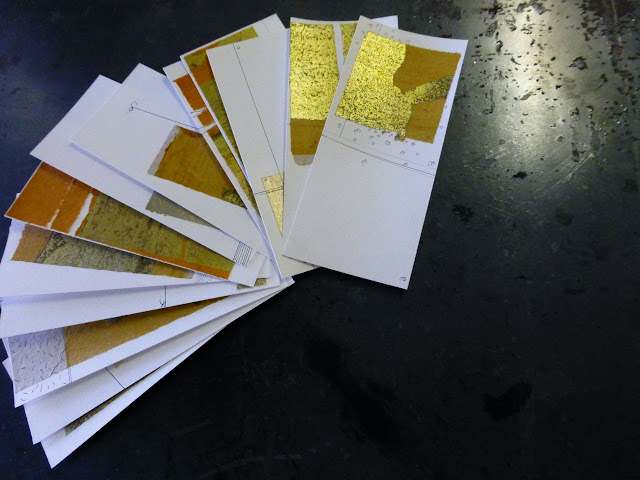 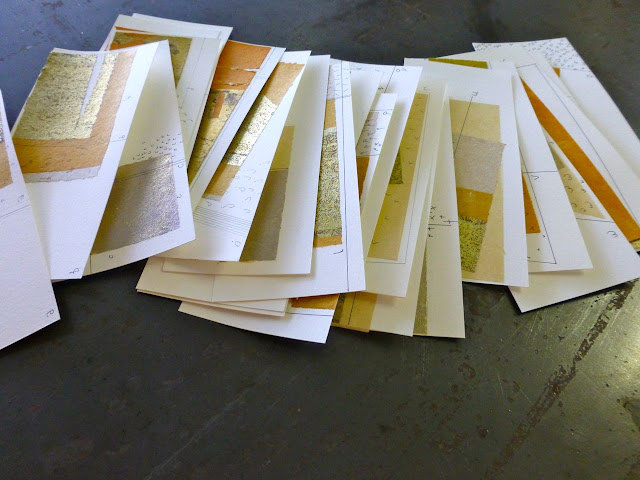 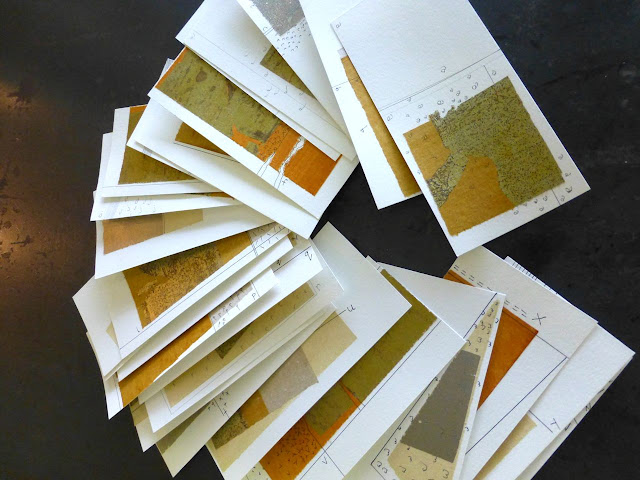 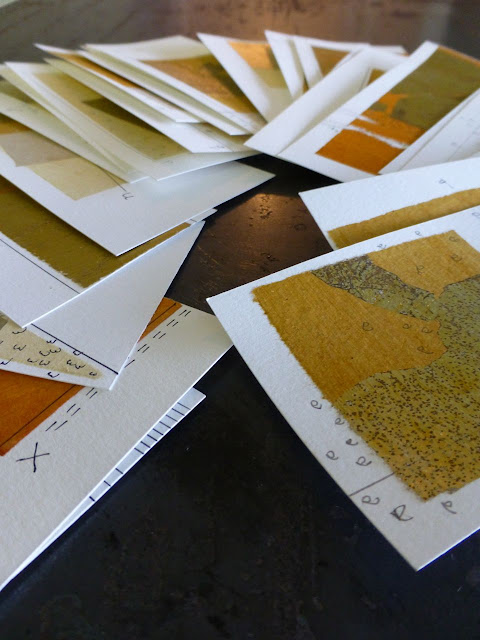 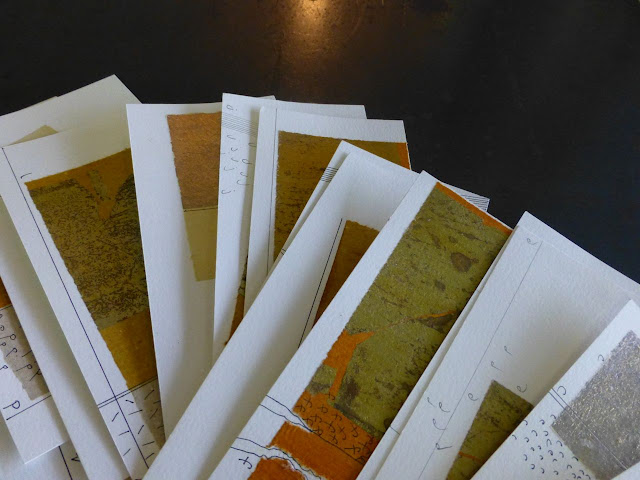 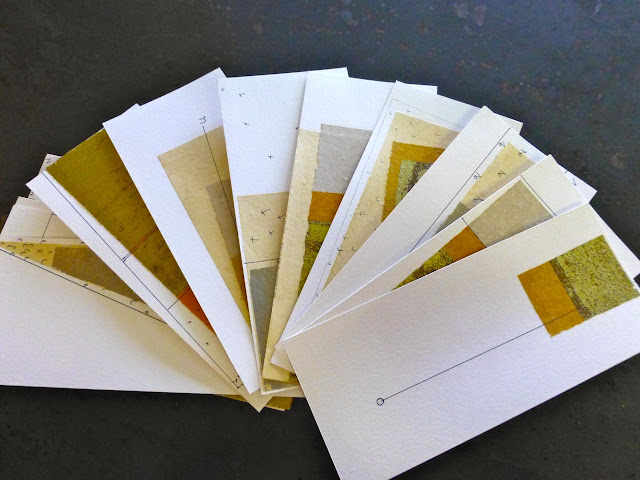 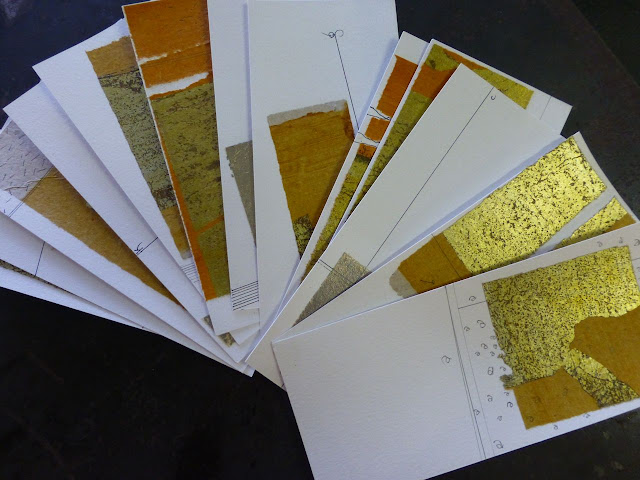 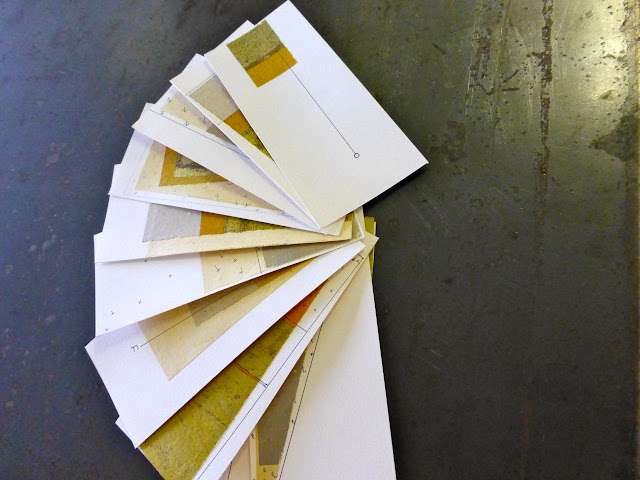