I know that the saying 'better late than never' can be over-used but I am hoping I get away with using it again for now!

I have finally completed my first alphabet. I had managed to stay on top of the letters but the pulling together of the final piece completely eluded me for quite a while.

Barry and I have reflected that when he got ill in May, we subsequently lost about 3 months of our lives and have been busily playing catch ups ever since. So I am about 3 months late with this which kind of adds up.

Here are some photos of it being strung together. 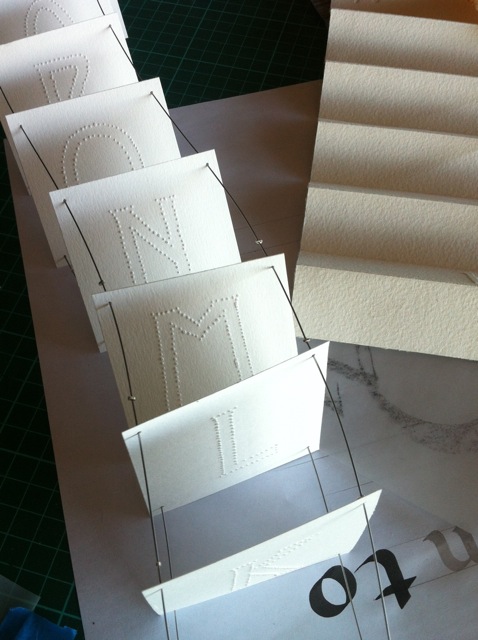 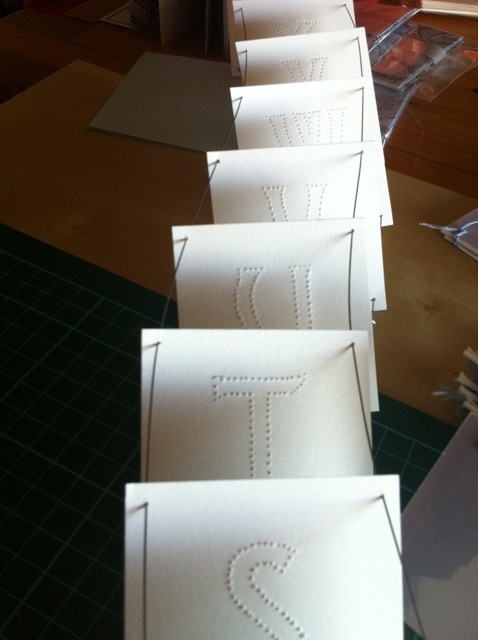 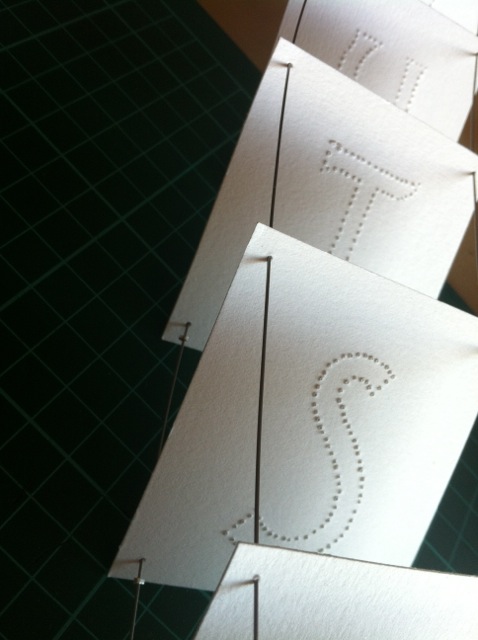 I wanted to make a dangling piece this time - and found some beautiful silver jewellery wire in Brisbane and some silver crimps. I cut the wire into 4 x 2m lengths and threaded a crimp on each wire to form the base for my first page - Z

I then pierced a hole in the corner of the Z 'page' and threaded it along the four wires so that it rested on  the crimps. Then I measured 5cm along each wire (between each page) and threaded a crimp on each wire to that point and squeezed it so it would stay in place. I then threaded the next page Y and performed the whole shebang 26 times. Phew.

Am I making sense yet?

I tried to take some shots of it hanging, but that was hard... 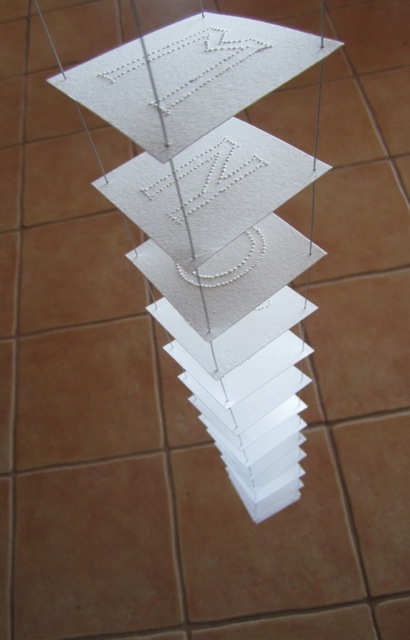 But I also liked the way it folded itself gently onto the floor... 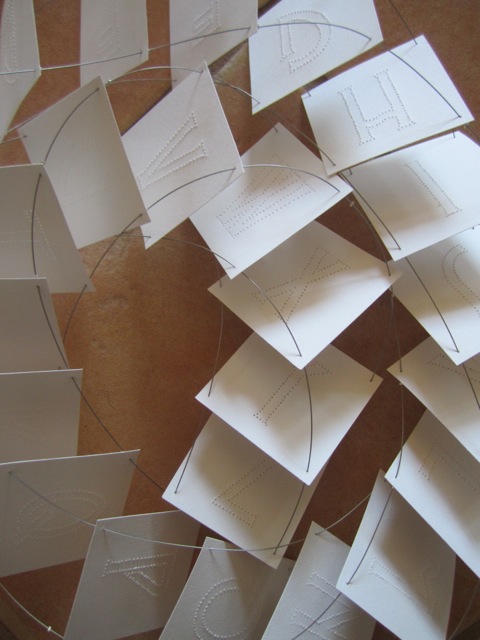 I am back on track kind of sort of with my second alphabet - the design is sorted, the pages are decorated and cut and the idea is worked out in my head...now to put pen to paper and get some letters down!

Posted by Fiona Dempster at 5:43 PM